Gadsden City High School is saddened by the loss of our former Titan Softball Coach, Terri Maddock.  Terri was loved and admired by everyone on campus.  She had a zest for life that was unmatched by anyone and a boisterous laugh/chuckle that would fill a room.  Terri was not just a coach but a true athlete and loved sports.  In 1995, Terri and her dad became the first father-daughter team to officiate an Alabama high school state title basketball game. Terri also worked in the NCAA Women’s Tournament several times.  Some of her other accolades include being among the top 10 percent of women officials in the country, refereeing everything from high school to the Women’s NBA. It was a full-time profession for her, and she loved every minute of it.  Her family was always the most important part of her life and travels caused her to have to miss some family events, that she always spoke of  deeply regretting as she was flying across the country, calling games from Utah and Colorado to Florida, Massachusetts and New Orleans; She might be in Dallas one night and two nights later in Buffalo, N.Y.

Here in Gadsden Terri was an avid softball player as well.  She played co-ed softball with teams that made several state and national appearances.

Terri was the Lady Titan Softball coach during the 2008, 2009 and 2010 seasons.  Her late brother-in-law, Ron Cordell, was one of her assistanct coaches.

Our deepest and most sincere condolences go out to the Maddock, Cordell, Collins and Reed families.  Please know we love you and are praying for you all.  Rest in Peace sweet Terri. 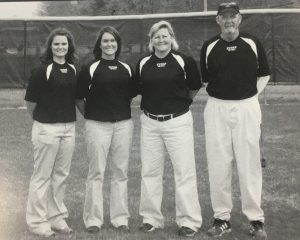 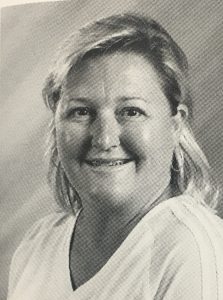 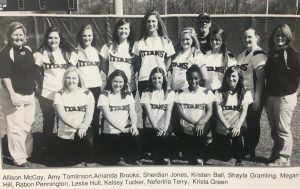 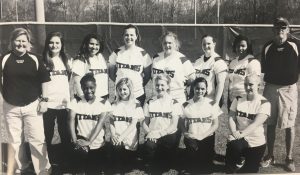 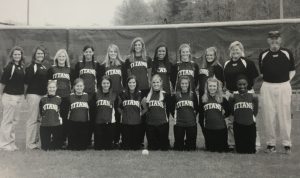 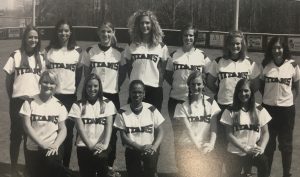 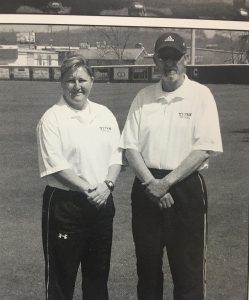 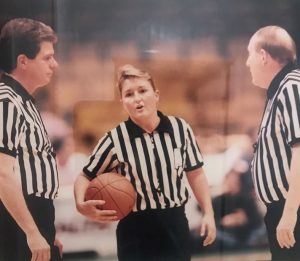 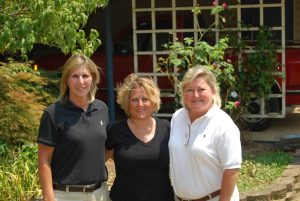 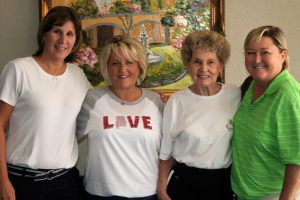 Terri with her sisters and mom Gail