Please keep GCHS football coach, Navendra Woods and his family in your thoughts and prayers in the passing of his mother, grandfather and cousin this past week.  Coach Woods is an exceptional human being with an extraordinary family and their presence will be missed.  God Bless you Coach Woods!  Sending you all of our love and prayers.

Article from The Gadsden Times:

From the White House to the state house, and many of the houses throughout this community, people are clamoring to “re-open the country.”

In the houses of the Woods, Posey and Porter families, they think that’s a mistake.

While others talk about re-opening their businesses, these families are preparing to close the caskets of three family members.

In one week’s time, they lost Phacethia Posey, her father Billy Ray Woods, and cousin Michael Woods to COVID-19.

“She Googled it,” he said. The couple and other family members started doing the things they heard would help.

“We were over steam,” he said, “and took vitamins.” Phacethia took other suggested remedies — elderberry and zinc. He said he saw his father-in-law breathing over steam, also.

“To think that she’s gone because of that virus,” Posey said.

Phacethia Posey died April 13, after spending seven days hospitalized.The tragedy of her passing is only part of the story for her family.

On Saturday, Billy Ray Woods, Phacethia’s father, died, and so did Michael Woods.

“After that, we all started getting tested,” she said. Porter said she sought testing at an urgent care facility in Gadsden, but was told they only had three tests and they were testing sparingly.

“They said I didn’t have serious symptoms,” she said, although she had a fever, coughing and chills.

As some of the family members got sick, Johnjalene Woods took care of them. “She was asymptomatic,” Porter said, but when she was tested, she had COVID-19 also.

Family members quarantined themselves, they said, and continue to as some family members still are recovering.

Kyra and Tony Porter live in Anniston, Billy Ray and Barbara Woods, Phacethia and Tyrone Posey their son Tyrone Jr, and Johnjalene Woods live in Gadsden. All of them, and their cousin Michael became infected.

Kyra Porter said the family was always together on Sundays, but considering the way people fell ill, she didn’t think it was a family gathering that caused the spread.

They apparently contracted the virus in the course of normal activities, even though they were trying to avoid it. Some family members had worked in healthcare in the past, but were not currently.

“It’s not like we were around people who were sick,” Porter said.

Posey and Porter shared their family’s story Saturday, before they learned of Billy Ray and Michael’s deaths.

Posey said he believed people in Gadsden need to “wake up” to the danger of the virus that cost his wife her life, and take the social-distancing guidelines seriously. If loved ones become ill and must be hospitalized, the recommended measures are not optional, they are enforced.

Posey said when he was hospitalized last year, his wife told him “Don’t let me stay a night.”

“Those seven nights she spent (hospitalized) were miserable for me, and I know they were for her,” Posey said.

Phacethia took medication for rheumatoid arthritis and had slight high blood pressure. She wasn’t being treated for the underlying conditions — the heart, lung and kidney problems — so often cited as making people more vulnerable to the virus.

For Phacethia, he said, the virus made her very weak, “it just drained her.” Her body started shutting down, he said.

“She just couldn’t get right,” Posey said, and had to be hospitalized. “She was alone.”

“She really was a good person,” Posey said. “She was the type person, when she left the house, she presented herself well. She didn’t go around and collect a lot of friends.”

But if social media is an indicator, Phacethia Posey had many good friends, who treasured her and her family. They have flooded Facebook in recent days with concerns for this family hit so hard by COVID-19.

They’ve shared recollections of good times shared, good meals cooked, and kindnesses shown, by the members of the family lost to the virus, by those recovering for it, and dealing with its aftermath.

With the toll it’s taken so far on their family, they know the seriousness of the virus and want others to know also — that’s why they spoke out.

“I see people out without masks, ” Posey said. “They know it’s happening, but they’re not taking it seriously.”

Both Porter and Posey are troubled by people shouting to re-open businesses and gathering places, as they grieve.

They said they know of no factors that put their family at risk to be hit so hard by COVID-19 — nothing that makes their family any different than any other family in this community.

Raw and uncut.. Words of encouragement 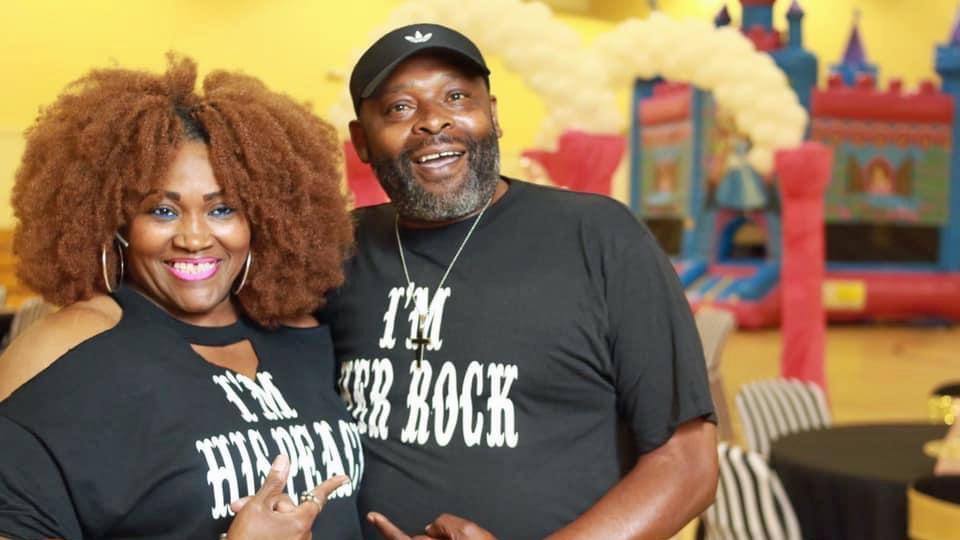