The Bears made their second trade in under an hour Saturday, trading with the Eagles to take Tulane receiver Darnell Mooney in the fifth round.

The Bears made their second trade in under an hour Saturday, trading with the Eagles to take Tulane receiver Darnell Mooney in the fifth round.

Mooney gives them the speed element they lost when they released Taylor Gabriel. He’s only 5-10, 176 pounds, but ran a 4.38-second 40-yard dash at the NFL Scouting Combine in February.

A team captain last year, he led the Green Wave in receiving in both his junior and senior seasons. He caught 48 balls each year — totaling 993 yards in 2018 and 713 yards in 2019. He scored 19 touchdowns in his four-year career.

He’s the first offensive player the Bears have drafted since taking Notre Dame tight end Cole Kmet with their first of two second-round selections on Friday.

The former Tulane University wide receiver was selected by the Chicago Bears in the fifth round as the 173rd overall pick.

Mooney is the second player from Gadsden City to be selected in the NFL Draft. Dre Kirkpatrick, who is currently a free agent, was drafted by the Cincinnati Bengals in the first round (17th pick) in 2012. 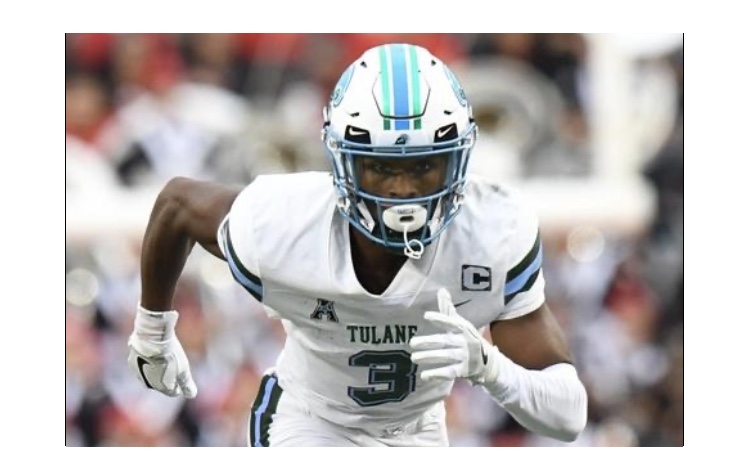 CONGRATULATIONS DARNELL!!!! GCHS IS SO PROUD FOR YOU!!!