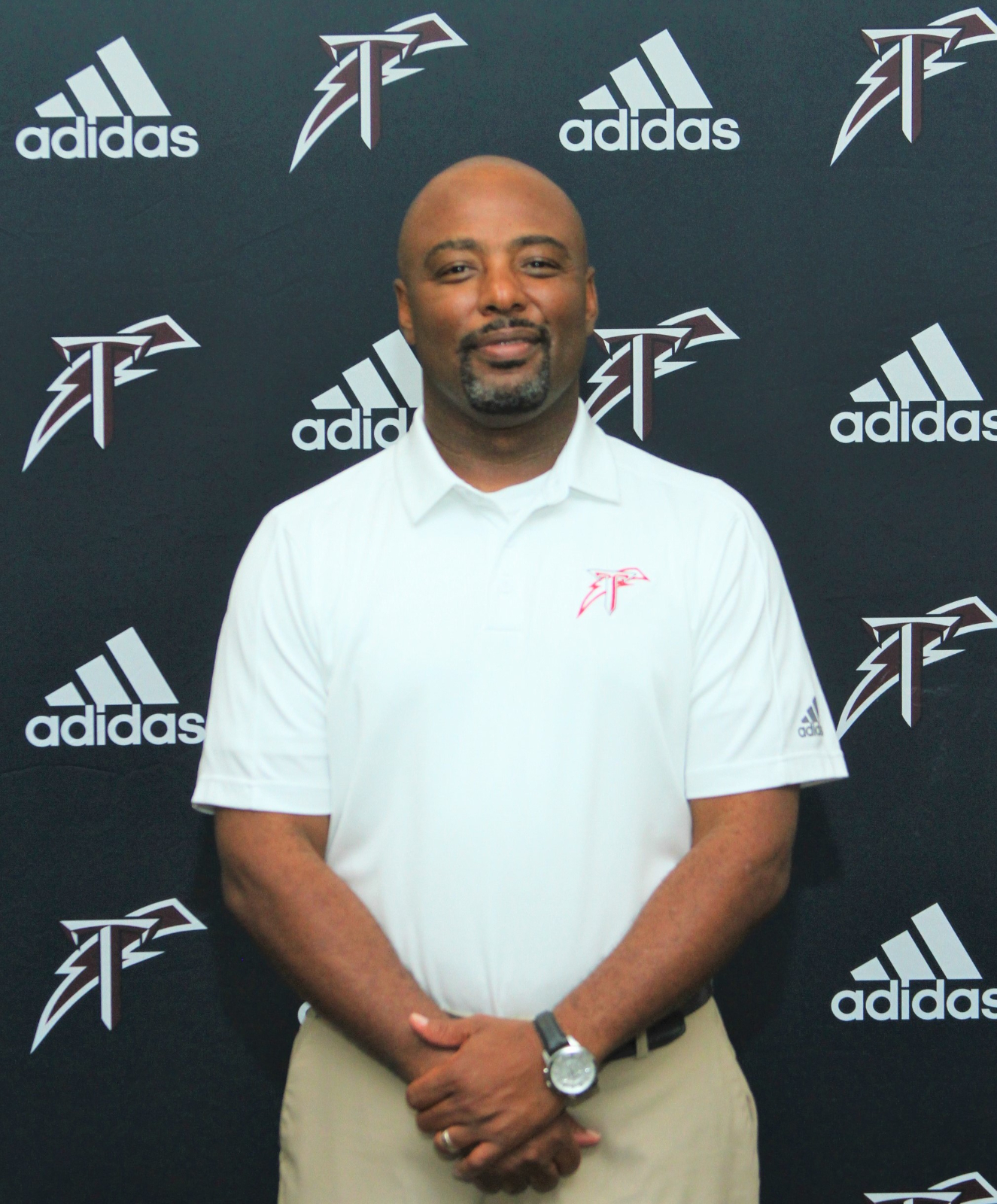 He attended Emma Sansom High School where he was a member of the 1992 State Championship Basketball Team, All Area Football 1989, 1990 and 1991, Honorable Mention Alabama High School Cornerback 1990 and 1991 and was inducted in to the Emma Sansom High School Wall of Fame in 2007. He attended Alabama State University from 1992 to 1997 on an athletic scholarship and majored in Criminal Justice. He then attended Jacksonville State University to finish his education in Criminal Justice and Physical Education.

Smith is currently in graduate school at Jacksonville State, seeking his master’s degree.

From 2006-2013, Smith was also the recruiting coordinator for GCHS football where he assisted over 40 players with their journey to the college football playing level and he was featured in Sports Illustrated acknowledging his recruiting efforts as a high school coach.

Coach Smith is married to Lamesha and together they have a son, Khamari (16) and a daughter, Kelis (2).  Smith also has a daughter, Alicia and two grandchildren, Karter and Aliyah.