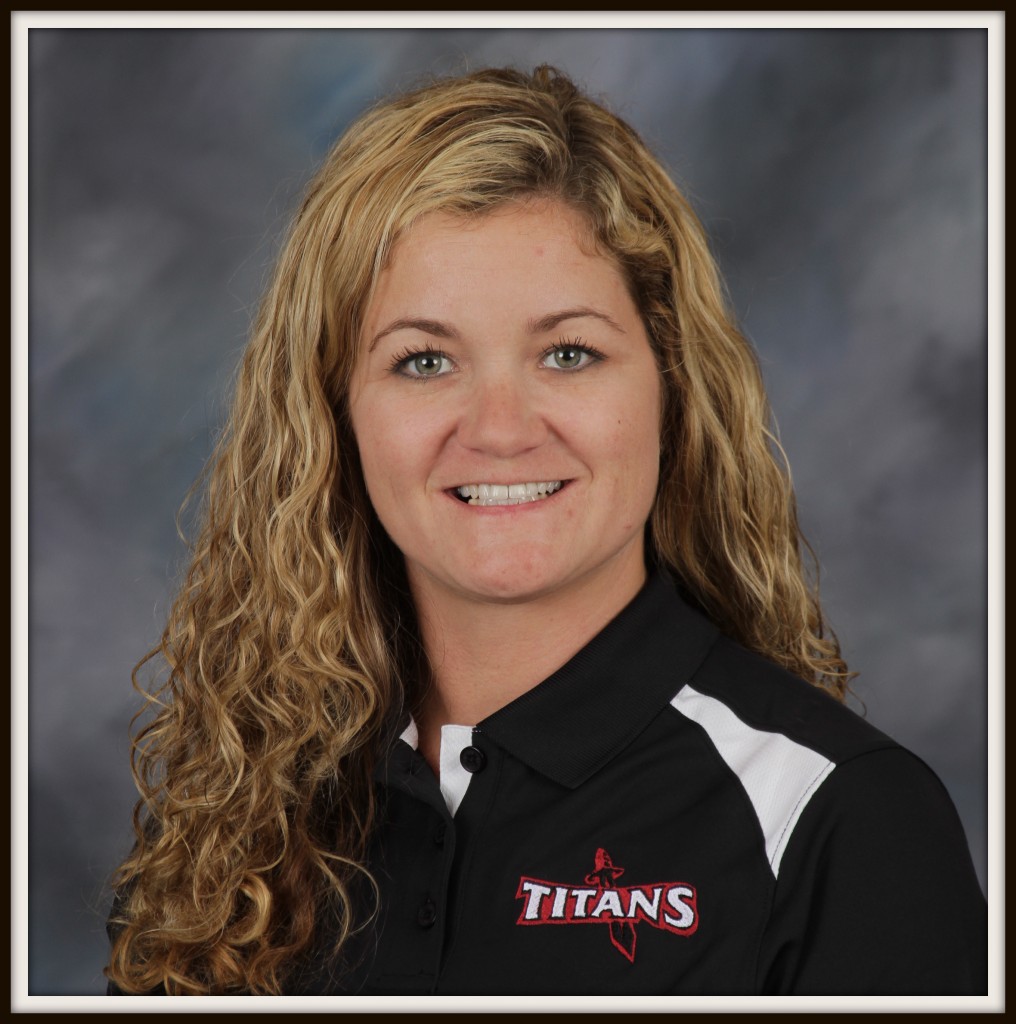 Coach Anna Johnson is in her 3rd year at GCHS as head volleyball coach.  She is a 1999 graduate from Dyersburg High School in Dyersburg, TN.  After HS, she earned a basketball scholarship to Bevill State CC in Fayette, AL. and was on the Dean’s list both years. After Bevill, Johnson was offered another basketball scholarship to the University of Montevallo where she played from (2001-2003). Coach Johnson graduated from Montevallo in 2003 with a Marketing Degree. After working in the business world for 6 years, she then decided to go back and pursue a Master’s Degree in Physical Education and earned her Master’s from the University of Montevallo in May 2010.

While in high school Johnson played basketball, volleyball and softball all 4 years. I received numerous awards in these sports: in Basketball- All District (2 years), All-District Tournament Team (2 years), All-State (1 year) -in Softball- All District (4 years) All-District Tournament team (3 years), MVP, Best Defensive Player, Most stolen bases and highest on base percentage.  She was also very involved academically and socially. She was on the Student Council, Class Secretary, Miss DHS court, Football Homecoming Court, a member of the National Honor Society, TN Tomorrow, FCA, FTA and was voted Who’s Who Most Athletic girl.

Former Coaching Experience: Coach Johnson taught PE at Southside Elementary from 2012-2015 and was the Head Volleyball and Assistant Softball Coach at Southside High School with an Overall Record (3yrs) 105-42.  During her tenure there, she earned 3 County Championships, 1 Area Championship (2014) and 2 Area Runner up. Johnson’s teams made 3 Regional appearances and in 2014 made it to the Semi-finals of the Regionals in volleyball and in softball, her team was the Class 6A State Runner Up.

Anna has been married to her husband, Kevin Johnson for 13 years.  They have two children: Brodie, 9 and Blakely, 3. She and her family attends College Heights Baptist Church in Glencoe.